Vancouver, British Columbia--(Newsfile Corp. - May 9, 2019) - Forum Energy Metals Corp. (TSXV: FMC) is pleased to announce that it has entered into an Option to Joint Venture Agreement with Rio Tinto Exploration Canada Inc. ("RTEC") on its Janice Lake sedimentary copper project in Saskatchewan.

RTEC is planning a high-resolution airborne magnetometer survey over the entire extent of the property and approximately 7,000 metres of drilling in 25-30 holes in 2019 to meet its first year exploration commitment.

We are pleased to partner with Rio Tinto, a Tier One metals and mining company which has long been recognized for its industry leading track record for exploration discoveries. Their expertise and proprietary technology will add significant value to potentially making an -economic copper discovery at Janice Lake for our shareholders

Ken Wheatley, P.Geo. and Forum’s VP, Exploration and a Qualified Person under National Instrument 43-101, has reviewed and approved the contents of this news release.

Forum Energy Metals Corp (TSXV: FMC) explores for energy metals, including copper and uranium in Saskatchewan, Canada's Number One mining province and cobalt in Idaho and Oregon. Forum is well positioned for when the uranium market rebounds with interests in 7 drill ready projects in the Athabasca Basin, all assembled by a highly experienced team of exploration professionals with a track record of uranium mine discoveries in Canada. For further information: www.forumenergymetals.com

ON BEHALF OF THE BOARD OF DIRECTORS 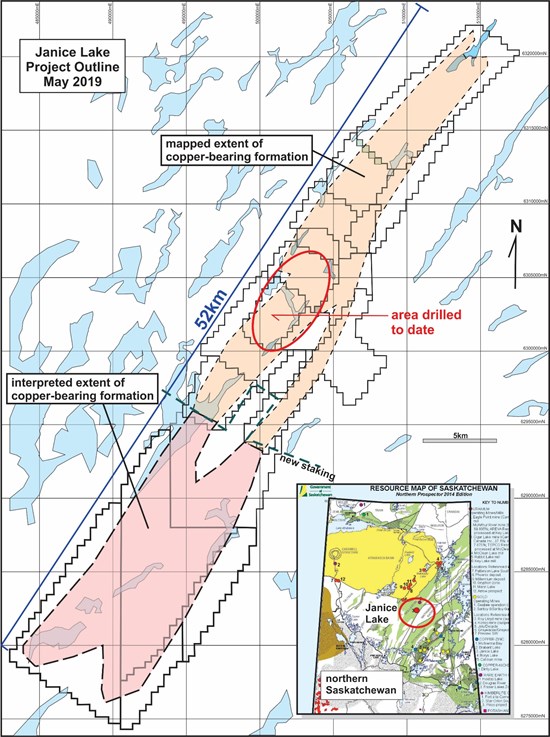 Figure 1: Claims held under Option by Rio Tinto, including the newly staked southern extension of the Wollaston Copperbelt.